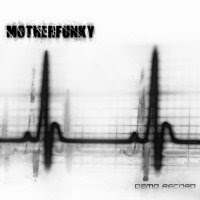 Motherfunky are horde from Prijedor, Bosnia, and participients of this year, a second " Nektar demo Fest" in Banjaluka. During the previous year they did in their own a Demo offering, where we can find a 4 songs in : " Under pressure", "Why", "Did You", "Jump". A mentioned tracks suppose to show its actuelle ( from previous year ) shape and possibilities as a band. Motherfunky are on the field of few genre's forms, traced between nu metal, metal core and rap core elements as well. They are also infected by the grunge movement, and especially by the 90's period too. In its sound we can also recognize some other alter details. A songs are sung in English , and listening a group's materials, we can feel a specific enthusiashm and passion, when they performs its songs. They maniristically more or less, did what they want to on expecting level, and they are pretty convinceble in its attitudes. But, on the other hand, they simply suffers from less originalities, and mentioned detail could be a serious problem for them in near future.
All other elements mostly satisfies, and band has showed some evident potentials....