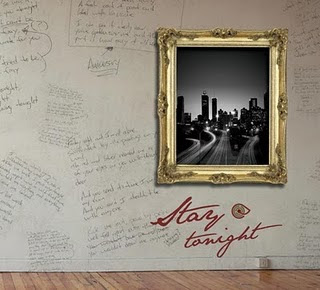 Chasing Jones are four piece act formed by Di Lullo brothers - Nick and Adam , during the 2007 year.They are hailing from Canada,and during the period of exsitence, they have released a two EP's, " The Lie" from 2008 year and actuelle " Stay Tonight".
Canadians are pop rock band with modern flavour and serious lyrical messages.Musically, they accepts 80's and 90's views, and some comparabilities could lead to acts as a U 2 or R.E.M as well. But, band mainly sucessfully gives own signiture, and its songs are full of pleasent atmosphere and enjouable melodicity. Opening track " Anniversary" maybe posses a more listenable elements than the others, but its material in gemeral, is pretty available for radio usings. Another recomandable track for their EP could be a song " Amelia".