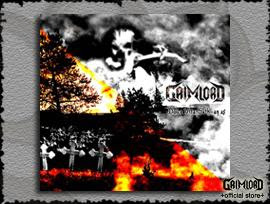 The activities of Polish metal act Grimlord dated from 1999 year. They have released several Demos, and with still actuelle one, a 2 full-lengths.
They changed conception during the years and editions, and " Dolce Vita Sath-an-as" finds them in a different mood. In contrary of previous issues, actuelle material shows sounds modifications to progressive metal variants. A mentioned genre option is also fullfield with known thrashing elements and some other power metal and classic heavy metal includings presents in its approach as well. Most of present tracks are consists of connective instrumental parts, constant rhythm changes, and breaking transfers. I have to add that band's promotional activities are still on high level, and for promotional work they deserves only recomandations...