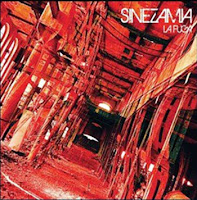 
Out of Mantova, Italy comes a quintet Sinezamia, formed back in 2004 year. Before actuelle full-length, they have recorded a 2 EP's
and 1 single. " La Fuga " is a CD from previous 2012 year , with 8 tracks in. Italians are faithful to dark wave and goth rock tendencies,
with clear post new wave and post punk includings in its music as well. Their sound stronglly associate on late 70's and begining of the
80's period, and in some aspects they know to reminds on groups as a : Joy Division, Fields Of Nephilim, Liftiba and early Mission.
Some electronic elements are also present in its approach, but psychologically and also productionally, they are nearer to so call
older school of mentioned stylish forms. There's no doubt that they did a lotta' efforts that all things funkcionize with proffesional
flavour, and part of the materials surelly deserve a respectations.

Posted by Branimir Lokner at 10:32 PM