Confused 5 - Out Of Confusion 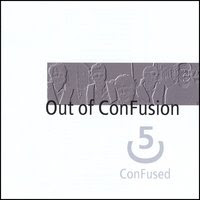 Confused 5 - Out Of Confusion

A Salzburg, Austria based band Confused 5 are comprise of well-experienced and long runnin' members. A group was formed first time in 1981, under the name Frust, and reunited in 2003 as a Confused 5. During the July this year, they have relased an album for "Sellaband" -Internet label, entitled "Out Of Confusion".
Austrian veterans are faithful to general one rock form, but its approach also has accepted a different other rock elements.Basically, they are orientire to 70's rock option, fullfield with blues rock and even soul and funk rock details. A presents songs are mostly done in mid to mid-up tempo, and generally one "coolie" and laid back atmosphere dominates through complete album materials.
Technically, as same as productionally, all things are done in professional manner. Most of present songs posses strong melodic includings and threathenings, and Austrians also lotta' energy has given in vocal harmonizations.
Finally, "Out Of Confusion" are consists of materials whose general message is mostly dedicate to midlle-age and older rock followers.

Labels: Confused 5 - Out Of Confusion