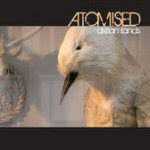 Out of Cambridge, UK comes a band named Atomised. During the first days of January this year, they have announced its forcoming debut full-length, with a Single - "Let The Sun". A mentioned title is also a first/opening track of their actuelle album entitled "Dreamlands".
Atomised has offered a 11 songs, productionally done in refined manner. A songs were mostly played in mid to mid-up tempo, but also exists some half-ballads. A group speak about different emotional statements - despair, hope, love between parents and child, and even about mobile phone radiations. Musically, they have offered one pretty clear variant of 80's rock/pop, nearer to approaches of groups as a : Big Country, Simple Minds, U 2... They are evidentally infected by the mentioned 80's era, and each of offering songs from album has something close to the style of counted well-known acts. Some of present songs posses radio friendly acceptables, but unfortunatelly a group has lack of originality. I would mention and also recomand as a positive detail, a present atmosphere, which band has "reflected" through" songs, but missings of originality finally minimize other better sides of album in general.