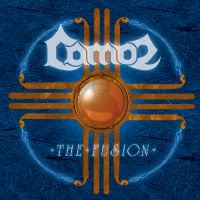 German act Camoz started its carrear in 2001. but under the monicker Camorristas. In previous part of carrear they have released a 2 issues, and suffered from some personal changes.In spring 2007, a band decided to change its name in actuelle, and during the October 2008, they released an actuelle album "The Fusion".
Musically, Camoz has offered one variant of thrash metal, but with classic heavy and even death metal additionals. They have showed evident performing experience, and present materials were done with similiar approach. A production is rather raw, maybe in some places too thin, but that was a band's choice.Camoz has offered also an unusual arrangments views, and in some places we can hear also non metal traces. Camoz has offered own option, and we'll see what the future brings in their case.