MY SON THE BUM - Are We There Yet 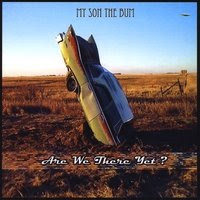 Out Of Long Beach, New York, comes band My Son The Bum, active some period on national underground/indie circuit. A key person in band is guitarist and author Brian Kroll, and I would say that with his band mates, he creates a pretty unique offerings. Musically, My Son The Bum draws influences from different areas/fields, and basically they communicate with one rock option, but with many crossing elements in between.
Their approach are influental by the European post 80's new wave period, but also a 90's USA indie variants are present in band's views.
A songs also posses a clear melodic lines, but untipical realizations characterize practically all of present songs. Some similiarities also leads to Frank Zappa legacies, but My Son The Bum has created sometning pretty unique. A 10 tracks with similiar performing psychology are present on album, and also is important to say, that band has offered other works/albums free to download.

Labels: MY SON THE BUM - Are We There Yet