UNDER EDEN - Phoenix On Frozen Wings 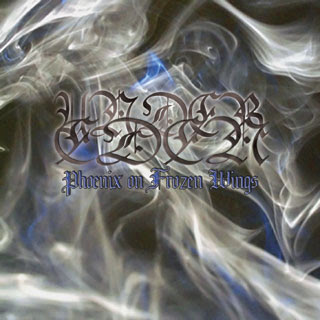 UNDER EDEN - Phoenix On Frozen Wings

Out of Saint Paul, Menneapolis, Minnesota comes a band Under Eden, formed back in 2000 year. They had some discographical activities.
Firstly, a band has released a Demo "Songs From A Savage Circle" ( 2003 ), and two years later a full-length "The Savage Circle" was followed ..
"Phoenix On Frozen Wings" is a newer issue, this is a EP with 5 tracks in, 3 of them are newer, and 2 are from mentioned "The Savage Circle" album, but done with new remixes. Under Eden are faithfull to death/thrash tendencies. Their sound is melodic, but at the same time aggressive
and band played strictly with passion. Evident underground psychology dominates through present materials, and there's no doubt that band did a lotta efforts in general realizations. A little more distinctive arrangments could be better for final impression, but we'll see what the future brings in their case.