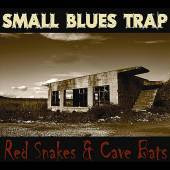 Another important blues act from Greece, excluding a legendary group Blues Wire, is Small Blues Trap. They works as a quartet, fronted by key person, singer/harmonica player Paul Karapiperis They was founded back in 2004 year, and first discographical step was " Crossroad Ritual" album from 2006 year. " Red Snakes & Cave Bats" is actuelle one from this 2010 year, and band has released a CD as a self-produced issue.
Also is important to say, that on song " Buy A Dog ", a group include as a singer, writer and guest star performer Elias Zaikos from mentioned famous and established Blues Wire band. A 13 mainly convinceble and equalizing tracks are present on " Red Snakes And Cave Bats" album. A band has showed possibilities to explore blues as a genre in many aspects, so we can find here and there roots traces, 70's rhythm and blues variations, southern blues emotionals, acoustically driven tunes, and many things in-between.A fantastic voice of Paul Karapiperis dominates through songs atmospheres, but it's also clear that complete line-up performs in best possible manner. " Red Snakes & Cave Bats " deliver an enjouable atmosphere, excelent band playings, and modern authors views. " Red Snakes & Cave Bats" is recomandable product for older and newer blues followers, worth listeners attention. 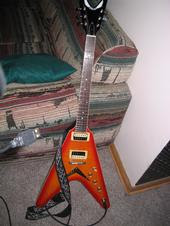 BEN COOLEY HALL - Owning Up To A Life 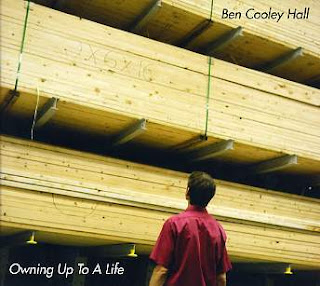 BEN COOLEY HALL - Owning Up To A Life

Ben Cooley Hall is a singer/songwriter and artist with certain carearre behind. He was also a part of Boston based trio - The Mary Rellys.
His actuelle album from previous 2009 year, entitled " Owning Up To A Life", has showed his authors interests and creative views.
Musically, Hall combines elements of pop and americana, creating self-emotional atmosphere in each of 11 present songs. Some of his tunes posses late Beatlesque melodicity, some of them are influental by the acoustic/folk legacy from the 70's period. His mostly narrative melodies lyrically asssocate on love and positive vibration, but with also specifical ironical approches.His vocalization is authentocal, even that most of present songs were done in slower mid, rarely in mid-up tempo. A recomandable track from his album could be a third one - " After The Fall".

Labels: BEN COOLEY HALL - Owning Up To A Life


Greensleeves are act whose carearre started out in 1993 year, bit during the previous 2009 year, a band has released a first full - length album, entitled " The Elephant Truth". Lyrically, " The Elephant Truth" is a conceptual album , where present songs abstractly and hipothetically
speaks about " the mental journey of a man in coma " . The storyline was inspired by the late John Godfrey Saxe novel - " The Blind Man And The Elephant". Musically, a group has offered own vision of progressive metal options,where also exists enough places for other metal and non metal varianats. Even that complexivities of albun's materials is evident, some comparabilities comes to mind, and in some aspects more psychologically than musically, Greensleeves approach reminds me on late 70's Rush conceptual albums. Also, some traces judging by genre's variants leads to Fates Warning band too, but a Brazilian fellows also shows many authentical conceptual and performing skillness.
In its performings we can find many up tempo changes, rhythmical "turbulences:", and stylish combinations. So, in one theme/song a group recapitulize a metal elements as a power, classic metal and even thrash, but also we can recognize some typical " progressive" 70's traces too.
There's no doubt that Greenslaves did a respectable job, and " The Elephant Truth" delivers many interesting views and prominent ideas. 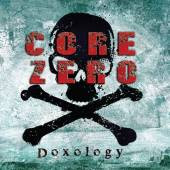