TOUCH THE SPIDER - Souls For Sale

TOUCH THE SPIDER - Souls For Sale

Written by Branimir Lokner
Saturday, 31 October 2009
TOUCH THE SPIDER " Souls For Sale "
( Self - released / Where Are You Forom Records ) 2009.
CD
Doom/goth/psychedelic/crossover - GERMANY

Out of German Black Forest comes a two persons - Unholy Ghost and Cosmic Energy. They stands behind Touch The Spider band, and practically all the things they creates with own forces. During the brief periods, they have pressed a two albums, a first one was double, entitled " I Spit On Your Grave", and actuelle one - "Souls For Sale". A German guys has offered a pretty unique musical amalgam, and its sound comprises many different stillish options and elements. In its specific way materials from album delivers energy and strength of our time, with additional influental views traced from different musical periods. So, we can find clear doom elements, 80's gothic variations, 70's psychedelia, and post new wave includings as well. Arrangments threathenings as same as songs realizations posses clear convinceble line, even that production varies from place to place. A Germans also experimentizes, and some of offering themes has had an unusual finalizations. "Souls Of Sale" has showed a one side of musical conceptuality of German tandem, so we can see what the future brings in their case. 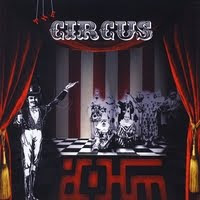 Out of Cleveland circuit comes a band DoHM. They work as a quintet, and formed back in 2005 year. They are more than active as a concert act, and during the years of existence, they did a more than 125 shows . A band also posses in own discography a two issues - " Watch The River Runs Red"( 2006), and actuelle one " The Circus".
A Cleveland mates are certain act in its attitudes, as same as in performing realizations. Musically they tries to combine alter metal with progressive metal tendencies, but with strong 90's includings as well. They sounds sometimes agressive, sometimes chaotic, but all the things they holds in own hands.
We can hear in its offering album materials some known influences from groups as a Soundgarden, Tool, or Deftones, but band's mixing chemistry has created something enough unique.They are also part-time melodic, but listening complete materials one thing come to mind, and that's a strong ( natural ) performing energy of each member from band. " Circus " suppose to be a some sort of concept album, but not in usual progressive ( conceptual ) way. Finally, even of mentioned 90's influental traces, a productional threathenings and all other releasing details shows modern aspects of its authors and performing views.

Out of Vodice in Andra, Croatia, comes a band Asylum Bedlam, active from 2007 year. They have toured around Serbia, Bulgaria and homeland, ant till now, with actuelle one, they have pressed a 3 issues - 1 Demo, 1 EP and full-length.
" Magma Mana Fetish" finds them as a unsigned act. They have introduced themselves with 14 tracks in, and I would add seriously threathed and released.
A band tries to offer own views and creations. Musically, thay are on the field of dark/electro goth tendencies, with some industrial additionals as well.
They sung in English language, and its lyrical views touches the dark sides of truth,but in some so call abstract manner. The atmospheres in present songs varies from place to place and different shapes as same as arrangments options balancing through offering materials. Even of not so small present aspects of originality, they are mostly infected by the 80's wave and 80's dark/goth/electro tendencies. But, that was a their choice in final. "Magma Mana Fetish"
comphrises a not just simply or easiest materials for avarage listeners ears, but band has showed some pretty interesting authors ideas and fine realizations. 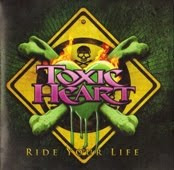 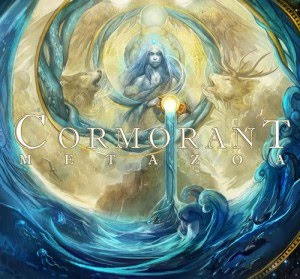 STUPID IN STEREO - The Day The Earth Stood Stupid 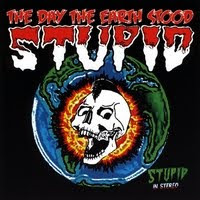 STUPID IN STEREO - The Day The Earth Stood Stupid

Stupid In Stereo are newer hope of actuelle national punk/psychobilly movement. They were formed in 2007 year, and during the forthcoming period a group toured extensively throughout the Pacific Northwest. They started as a punk cover band, but later on a group finds its recognizable stylish approach.
Stupid In Stereo are fresh punk/psychobilly act influental by the british punk movement from the late 70's and USA horror psychobilly variants as well.
They have found its specific performing formula, and its debut " The Day The Earth Stood Stupid" mostly in relevant way describes a group's wantings and capabilities. They have offered a 15 mostly dinamic tracks, also in some way with evidental melodic traces, fullfield with simply but clear arrangments includings. Stupid In Stereo judging by its musical offerings on debut album are pretty promising act, with clear final messages and more than interesting performings.

Labels: STUPID IN STEREO - The Day The Earth Stood Stupid 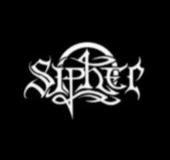 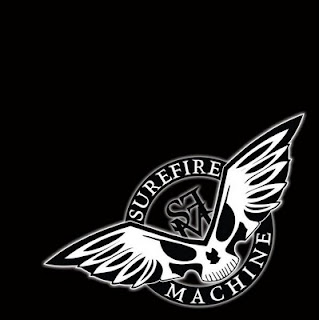