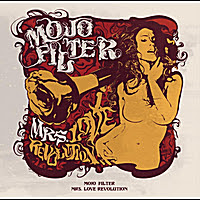 A few days ago, I heve received a CD from very interesting Italian act - Mojo Filter. During the previous months, a band did a lotta' effort  in promotional campaign, and many portals and zines constantly informs about group's entire carrear. Till now, they have released with actuelle one a 2 albums and one single. " Mrs. Love Revolution" is actuelle  product from previous 2011 year, where we can face it with 10 songs in. Italians are on therithory of  70's / vintage rock tendencies, but we can not threat ' em as a classic retro act. A present materials, and performing realizations of band members has showed a clear author's personality, and also a highest level of originality. In some aspects, they know to remind on known USA groups from mentioned era, also on British act Faces, but that's only a starting point of view. They are also psychologicaly deeply in the field of wanting interesting spheres, but musically they capture also a standards of our time." Mrs. Love Revolution" are consists of coherent and equlizing materials, without leading song, but also without a weaker places. Fine work and recomandable album... 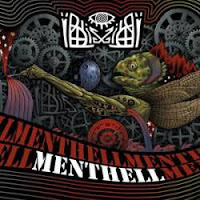 Iblis are Polish act active some period. A group work in quartet formation and during the March this year, they have released a debut full-length, entitled " Menthell". A Polish fellows are on therithory of pretty avangarde metal tendencies, fulfield with black, dark, and psychedelic traces as well. A sound is agressive, part-time hypnotic, full of blastbeats and often uptempo changes. Weird and frantic rhythms, growl and screamo vocalization characterize complete album in general. A songs are different among them, but one so call " conceptual " and recognazible view is evident. " Menthell " is an interesting product, world listener's attention...

Posted by Branimir Lokner at 2:53 PM No comments: