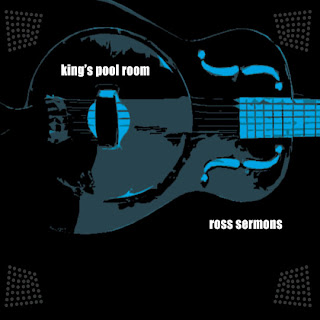 ROSS SERMONS - King's Pool Room
Written by Branimir Lokner
Saturday, 22 October 2011
ROSS SERMONS
" King's Pool Room "
( Self - released ) 2011.
CD
Acoustic blues - USA
One of the undoubtly thrilling and interesting album whose oriantition touches acoustic blues fields, coming out from the kitchen of guitarist and singer Ross Sermons. Born in North Carolina in the 60's, during the forthcoming period of existence, he was inspired by the blues roots legacy of the 1920's and 30's period of previous century. But, he was also a musician with longest experience behind, and his carreare deserve respectation too. He has released and recorded materials for " King's Pool Room" album during the January, this 2011 year. We can find here and there 11 tracks, recorded practically " alive" in the studio, with minimal following instrumental additionals.
Ross performs mainly, but not only, well-known blues standards or classics, with specific acoustic feelings and emotionals.A pleasent atmosphere, as same as distant playings, dominates through all present songs. Ross has also reflected as a player and singer one optimistic feel, and productionally he also did a fine job. Recomandable tracks from album could be his instrumental " game " Redbelly Shuffle" , and " You Gotta Move"...
Rating : 8, 5 / 10
C / o : www.rosssemons.com
Posted by Branimir Lokner at 8:49 AM No comments:

SENCELLED - Sencelled
Written by Branimir Lokner
Monday, 17 October 2011
SENCELLED
" Sencelled "
(Rocket Songs/Sound Polution) 2011.
CD - SWEDEN
Melodic rock/AOR/power pop
Sencelled are a newer Swedish four-piece act, from a suburb north of capitlol Stockholm. Their freshly released a " S / t" album, is another pretty interesting and promising album from one Swedish group whose musical orientations touches elements of melodic rock and AOR tendencies.
There are a 10 tracks from album, and complete materials were written and arranged by band members and producer Ricky B. Delin.
Sencelled are pretty melodic group, and all of present songs are absolutelly listenable and acceptable for radio usings. Something taken from the 80's period can be recognized in its sound, from atmosphere, to the one unclassical energy, produced by all band members.
In some aspects they reminds me on USA 80's act - Riggs, partly popular in brief mentioned period, but Sencelled offers many convinceble fine moments in general. They reflects all the best from mentioned genres variants as a melodic rock, AOR, power pop in its musical views, and finally, their debut is more than promising product.
Rating : 8, 5 / 10
C / o : www.sencelled.se
Posted by Branimir Lokner at 9:03 PM No comments: 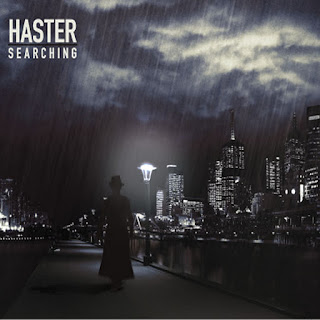 HASTER - Searching
Written by Branimir Lokner
Tuesday, 04 October 2011
HASTER
" Searching "
( Self - released ) 2011.
EP CD - USA
Metal/metalcore/rock
Haster are relatively newer act, founded in April 2010 year. During the brief period a group started to write a materials, and they discographically debuted in May this 2011 year, with EP , entitled " Searching". A guys from Orange County, CA, are on theritory of metal / metalcore and rock tendencies, influental by the 90's period as well. Their songs posses agressivity, but in the same time melodicity is also present here and there. A production is modern, and it's important to say, that other technical elements funkcionizes according to plans. In some aspects they know to reminds on groups as a specially Deftones, Korn, less on Alice In Chains, and I have to add one more time, that 90's period is absolutelly inspirative era for band mates. A songs are certain, manniristically well done, and that's evident that USA act did a lotta' efforts, that all things satisfies in general. A 6th track, a slower one - " Take Me" could be a recomandable song for repeatable listenings....
Rating : 7 / 10
C / o : www.haster.com
Posted by Branimir Lokner at 1:29 PM No comments: 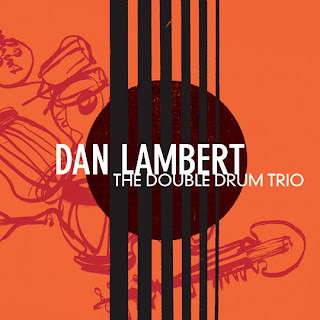 DAN LAMBERT - The Double Drum Trio
Written by Branimir Lokner
Tuesday, 04 October 2011
DAN LAMBERT
" The Double Drum Trio "
( Coordinate Records ) 2010.
CD - USA
Fusion/instrumental/various genres
Dan Lambert is El Paso based guitarist/composer and musician with respectable carreare behind. His grandfather was born south of Belgrade, and he has also some Serbian and Balcan roots. " The Double Drum Trio" is his latest product, released during the December, previous 2010 year. A complete album material, Dan has recorded with two percussionists - Ricardo Amaya and Eric Hickerson.
On 12 instrumental tracks, Dan has offered his views, based on fusion varinats, middle-eastern influental music, Indian raga, as same as american folk and jazz. A present themes are very listenable, and complete album posses a special intuitive and pleasent atmosphere.
Dan has also connected a several musical periods, from mid 60's and flower-power variants to nowadays " urban" uptempo rhythmizations.
He also plays a middle eatern instruments as a : sarod, oud, ruan, so present arrangments are full of specific flavours. Some reviewers will maybe find similiarities with McLaughlin-Shakti music legacies, but Dan has offered something " expandier" and quite different.
I will repeat that really fine and pleasent atmosphere dominates through complete offering themes, and there's no doubt that Dan did a fine job. Absolutelly recomandable....
Rating : 8, 5 / 10
C / o : www.danlambertguitar.com
Posted by Branimir Lokner at 1:29 PM No comments: 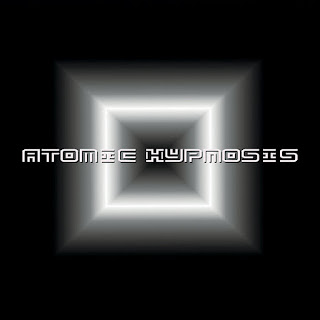 TOM BEIER - Atomic Hypnosis
Written by Branimir Lokner
Saturday, 01 October 2011
TOM BEIER
" Atomic Hypnosis "
( Beier Rhythms ) 2011.
CD - USA
Rock/melodic rock/progressive/power pop
Tom Beier is Boston, MA artist, sonngwriter, multi instrumentalist, arranger, producer, and musician with longest carreare behind.His works are also featured on records, televisions, as same as campaigns worldwide. " Atomic Hypnosis" is his actuelle product from June, this 2011 year, and this is a CD with 10 tracks in. Tom has offered a really interesting amalgam of variious approaches.Basically, he mainly communicate with rock as a leading genre, but in his songs are also evident elements of power pop, electronic, as same as hidden progressive tendencies as well.
Melodicity is also important part of his views, and all of present songs were done in serious, but pleasent and enjouable arrangments mood.
Tom is also influental by the 80's and less 90's period, but productionally his works touches a modern standardizations as well. Most of his songs posses a radio friendly usings, and I would recomand 8th track " You Shine Bright On Me" for repeatable listenings...
Rating : 7 / 10
C / o : www.tombeier.com
Posted by Branimir Lokner at 8:32 PM No comments: