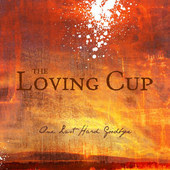 THE LOVING CUP - One Last Hard Goodbye
Written by Branimir Lokner
Wednesday, 21 March 2012
THE LOVING CUP
" One Last Hard Goodbye "
( Goofer Brothers ) 2011.
CD
Country rock - UK
The Loving Cup are North Wales based quintet, active some period. With actuelle one, they have released a 3 albums. "One Last Hard Goodbye", a fresh product, continiously follows up its coception and style. A group is faithful to country rock tradition, and their approach equally has accepted influences from 70' s period till nowadays variants. There are 14 tracks on album, penned by band members, and British fellows introduces themselves as a talented and serious authors team. Their songs are listenable, but in the same time performing dimension satisfies in every aspects too.Most of the songs posses radio friendly usings, and most of them are done in mid, to mid up tempo. As a band, The Loving Cup comes to listeners attention from the second plan, but their sound is definitelly pleasent and convinceble enough.
Rating : 8 / 10
C /o : www.the-loving.cup.co.uk
Posted by Branimir Lokner at 10:20 AM No comments: 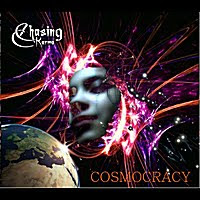 CHASING KARMA - Cosmocracy
Written by Branimir Lokner
Wednesday, 21 March 2012
CHASING KARMA
" Cosmocracy "
( Self - released ) 2011.
CD
Hard rock / rock - USA
USA act Chasing Karma are consists of well-experienced musicians, fronted by vocalist and guitarist Mark A. Lanoue. Formerly known as a Biloxi, a group changed name , and with a new energy started to create a forthcoming carrear. Between 1993 and 2007 years, a Biloxi has released a 3 albums. " Cosmocracy" actuelle product of Chasing Karma, a group has created practically a 2 year. Finally, we can find a 14 tracks in, done in hard rock / rock mood. A group find inspiration in 80's period and some compartivities comes to the legacies of a groups, such as a Styx or Kansas, and also hidden progressive tendecies are present in its approach as well. Chasing Karma are skillful professionals and instrumentalists, and that's clear after listening just a few tacts of present songs. A production of " Cosmocracy" is also modern, and shows that members of band captures a standards of our time. Well done job, and recomandable product, especially for the followers of mentioned genre's forms....
Rating : 8 / 10
C / o : www.chasing-karma.com
Posted by Branimir Lokner at 10:19 AM No comments:

CAPTAIN BLACK BEARD - Captain Black Beard
Written by Branimir Lokner
Wednesday, 21 March 2012
CAPTAIN BLACK BEARD
" Captain Black Beard "
( Self - released ) 2011.
CD
Melodic rock / hard rock - SWEDEN
Captain Black Beard are relatively newer act, whose carrear started out in second part of 2009 year. After one Demo, and serial of live gigs around Stockholm clubs circulation, in 2010 year a group seriously started to work on authors materials. Their " S/t album looked the light of day in 2011 year, and Swedish quartet has introduced themselves with 11 tracks in. Firstly, I have to say, that band has offered an interesting and original authors views under the melodic rock/ hard rock genre, and most of present songs are also pretty melodic and listenable too. They didn' t suffer of so call manniristical problems, and at the same time they have offered a clever and interesting arrangments creations as well. Most of songs deserves repeatable listenings, and originality is a middle name of Swedish fellows.
This is suprisingly very convinceble product, so take a look on a band, and their album...
Rating : 8 , 5 / 10
C / o : www.captainblackbeard.net
Posted by Branimir Lokner at 10:18 AM No comments: 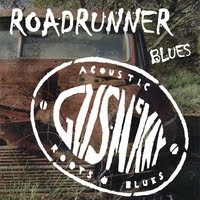 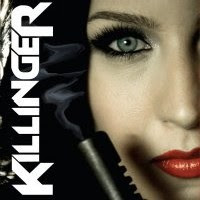 KILLINGER - Killinger
Written by Branimir Lokner
Saturday, 17 March 2012
KILLINGER
" Killinger "
( Self - released ) 2010.
CD - CANADA
80's hard rock/metal
Killinger are four piece act from Edmonton, Alberta, formed back in 2008 year. A whole story started when Dave Williams and Kevin Morin, vocalist and guitarist, decided to team up to write own materials. During the 2010 year, they have released a " S / t" full-length with 12 track in, well -produced, and recorded . Killinger are band influental by the 80's hard rock and metal movement, and specifically basic inspiration for Canadian fellows are USA acts from mentioned era, as a : White Lion, Ratt, Motley Crew....
But, they learned a lesson in best possible way, and present materials proves that as a band they are maximally interesting and positive in same way, and its songs are also melodic, well-performed and played, and pretty enjoyable too. Practically complete materials are done in similiar manner, but with many listenable places, simply and effective guitar tricks, and modern arrangments includings as well.
Finally, Killinger " S/t " debut is absolutelly recomandable product, not only for the 80's metal and rock followers...
Rating : 8 , 5 / 10
C / o : www.killingerrocks.com
Posted by Branimir Lokner at 8:08 AM No comments: 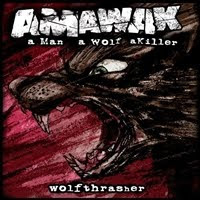 AMAWAK - Wolfthrasher
Written by Branimir Lokner
Friday, 09 March 2012
AMAWAK
" Wolfthrasher "
( Self - released ) 2011.
CD
Thrashcore - AUSTRIA
Amawak are five piece act, coming out from Austria, active continiously some period.They have suffered from personal changes, but as a rumours announced, momentally everything is fine in their circulation. During the October of previous 2011 year, they have released a full - length, entitled " Wolfthrasher". Amawak are on therithory of metal, thrash and hardcore variants, and mentioned options they combines in its performing approach. They are also pretty agressive, musically present songs are done in faster up tempo, and what is more important, its style is influental by the 90's period as well. " Wolfthrasher" are consists of 13 equalizing tracks, relatively well-produced, but with repeatable and uninventive arrangments includings too. Originality isn' t their middle name, but all things they did with lotta' efforts, and with respectable professional standardizations as well. They have also offered an interesting cover artwork with 12 page booklet...
Rating : 7 / 10
C / o : www.myspace.com/amawolfakiller
Posted by Branimir Lokner at 8:27 AM No comments: 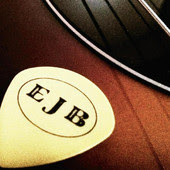 THE ELWOOD JAMES BAND - E J B
Written by Branimir Lokner
Saturday, 03 March 2012
THE ELWOOD JAMES BAND
" E J B "
( Self - released ) 2011.
EP CD - USA
Roots/americana/rock
The Elwood James Band are relatively newer act on American roots music therithory. They work as a quartet, performs a lot, and during the previous 2011 year, they discographicaly debuted with EP, entitled simply " EJB". We can find a 5 melodic tracks here, with soulful and southern touches and emotionals too. Some 80 traces are also present in their arrangments aproaches and especially in vocal harmonizations, as same as one generally positive musical view. Their authors signitures also associate on past periods, where elements of americana, different roots variants and clasic rock details ,clearly defines its style. I will specialy recomand a two pretty melodic tunes, as a " Nobody Rolls" and " Love It All". " EJB " is a fine discographical start for USA fellows..
Rating : 7 , 5 / 10
C / o : www.elwoodjamesband.com
Posted by Branimir Lokner at 3:45 PM No comments: 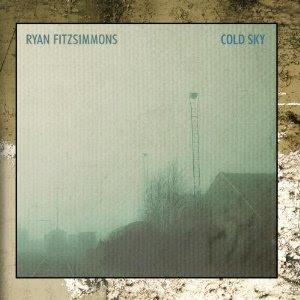 RYAN FITZSIMMONS - Cold Sky
Written by Branimir Lokner
Saturday, 03 March 2012
RYAN FITZSIMMONS
" Cold Sky "
( Self - released ) 2011.
CD - USA
Americana/folk/alt. country
Ryan Fitzsimmons is a singer/songwriter, active during the last decade. He has released his first album in 2004 year, entitled " Open All Night". Actuelle one " Cold Sky" ( 2011 ) he has recorded after series of studio sessions over several years. This is a full-length with 11 tracks in, produced by David Goodrich. With strong lyrical statement, Ryan has showed a few sides of his personality. Musically, he communicate with americana, folk, alt country, bluegrass elements, and each of present songs posses equalizing psychology, but a different performing views too. A different , and mostly melancholic atmosphere dominate through present materials, and Ryan tunes are also acceptable for nigh time listening's pleasures. " Cold Sky" is also full of complexive, but well-arranged tracks, and there's no doubt, that followers of mentioned forms, will find many interesting places in Ryan's author's messages...
Rating : 8 / 10
C / o : www.ryanfitzsimmons.com
Posted by Branimir Lokner at 3:44 PM No comments: