MYSTICITY - Ambassadors Of The Hidden Sun 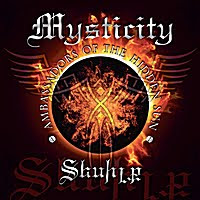 MYSTICITY - Ambassadors Of The Hidden Sun
Written by Branimir Lokner
Wednesday, 29 February 2012
MYSTICITY
" Ambassadors Of The Hidden Sun "
( Self - released ) 2011.
CD - USA
Rock/hard rock/melodic rock
Mysticity is a band / project of well-known professionals - Doogie White, K.C. Melekyan, Bobby Rondinelli.... , and mentioned company with friends and collaboraters has released an album entitled " Ambassadors Of The Hidden Sun". This is a rock/ hard rock product, with clear melodic rock traces, and 70's includings as well. We can find 11 songs on album, all of them are well-produced, but what is more important, arrangments of guitarist, keyboarder and programmer K.C. Melekyan deserves absolute recomandations.
He is also a key author of album materials. Mysticity offers a listenable songs, a good playin' and generally each of present tunes are listenable, and some of them absolutelly acceptable for radio usings. Some of reviewers compared present materials with Rainbow or Uriah Heep author's legacies, but mentioned opinions we can not accept in general. " Ambassadors Of The Hidden Sun" as a album satisfies in many aspects and deserve listeners attention.
Rating : 8, 5 / 10
C / o : www.mysticity.com
Posted by Branimir Lokner at 9:38 PM No comments: 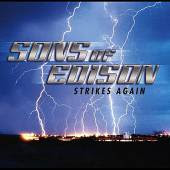 SONS OF EDISON - Strikes Again
Written by Branimir Lokner
Thursday, 16 February 2012
SONS OF EDISON
" Strikes Again "
( Self - released ) 2011.
CD - USA
Melodic rock/pop/AOR
Sons Of Edison are San Diego based duo, with temporary discographical activities.Richard Livoni and Michael Casinelli are experienced musicians who teamed up together for a years. " Strikes Again" is its second effort, a first " Sons Of Edison" they have released in 2002, and this is a full - length with 14 tracks in from previous 2011 year. Livoni and Casinelli are deeply in melodic rock field, and present songs also posses evident pop includings and AOR psychology too. Most of present songs also have a soul pastiche and evident 80's flavour as well.
" Strikes Again" is on the other hand, a well-produced album with also well-done arrangments threathenings. Generally, " Strikes Again" is full of old-fashioned manniristical elements, and mainly is acceptable for the followers of 80's melodic rock and AOR tendencines.
Rating : 7 / 10
C / o : www.sonsofedison.com
Posted by Branimir Lokner at 2:17 PM No comments: 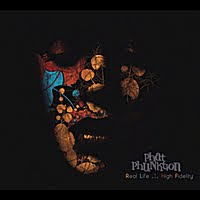 PHAT PHUNKTION - Real Life....High Fidelity
Written by Branimir Lokner
Sunday, 12 February 2012
PHAT PHUNKTION
" Real Life....High Fidelity "
( Self - released ) 2011.
CD - USA
Urban r'n'b/jazz-funk/funk/soul
Phat Phunktion are USA act, formed back in 1996 year. They have released with actuelle one a 4 albums, and during the period of existence, they performed a lot, supported a well-known soul and funk acts, as a Temptations, Cameo, Earth Wind & Fire... They have also received a respectable recognition as a convinceble act. " Real Life...High Fidelity" a CD from previous 2011 year, confirm that as a band Americans continiously offers a good playin' and good singin' . Their offering are consists of specific combinations of urban r ' n' b, jazz elements modern funk and modern soul includings as well. They have in line-up a dynamic horns section, all the members from band are skillful performers, and each of present songs posses a evident melodic lines, funky rhythms, and colourfull arrangments additionals.
Even that some of reviewers in posiotive way compares them with acts such as a Earth Wind & Fire or Tower Of Power , one British group also inspire band , and this is a Level 42. Many mainly psychologically present elements, and also a threathenig of bass lines, vocalizations, or simply arrangments , knows to remind on realizing methods of Mark King's group. But, Phat Phanktion also posses enough elements of originality, and there's no doubt that " Real Life... " is another well-done product .
Rating : 8 / 10
C / o : www.PhatPhunktion.com
Posted by Branimir Lokner at 3:49 PM No comments: 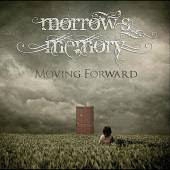 MORROW' S MEMORY - Moving Forward
Written by Branimir Lokner
Sunday, 12 February 2012
MORROW' S MEMORY
" Moving Forward "
( Self - released ) 2011.
CD - USA
Emo/rock/hard rock
Out of Detroit, comes a 6 piece band Morrow's Memory. They are a newer act, and during the previous 2011 year, they debuted with full - length, entitled " Moving Forward". Their album are consists of 10 tracks, seriously done, released and performed. We can hear an equalize threathening of vocalization parts and instrumental performings. USA fellows are influental by the 90's movemnet, but in the other hand we can say that they also shows some own potentials. We can labelled its music as a combination od emo elements, and rock and hard rock details as well. A songs are mostly done in mid to mid -up tempo, rarely in faster mood. Also exists some ballads or better to say half-ballads, where members from band precisely knows to capture emotional pastiche too.. As a album " Moving Forwars" cover an equalizing matrials, distant arrangments includngs, and solid production. " Hero In The Dark", is in my opinion a track recomandable for often and repeatable listenings.
Rating : 7 / 10
C / o : www.morrowsmemory.com
Posted by Branimir Lokner at 3:48 PM No comments: 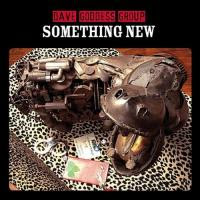 DAVE GODDESS GROUP - Something New
Written by Branimir Lokner
Sunday, 12 February 2012
DAVE GODDESS GROUP
" Something New "
( Self - released ) 2010.
CD
Rock/classic rock - USA
Dave Goddess Group are New York City based band, fronted by singer/songwriter and guitarist Dave Goddess himself. During the period of exsistence, Dave and his compagnions established themselves as a classic rock act, psychologically deeply in the era of late 70's.
Dave's voice and method of vocalization associate on Springsteen/Mellencamp/Petty variants, and what is more important a present soulful pastiche also belong to school of mentioned legends. There's no doubt in the other hand, that Dave deeply beleive in his attitudes and songs, and present materials are done with heart and soul, and strong performing approaches as well. " Something New " is maybe a wrong title of CD, but all of present 12 songs deserve respectation, and if you are a fan of mentioned genre's variants, this album is just for you. A Dave's songs are listenable, and acceptable for radio usings too...
Rating : 7 , 5 / 10
C / o : www.davegoddesgroup.com
Posted by Branimir Lokner at 3:47 PM No comments: 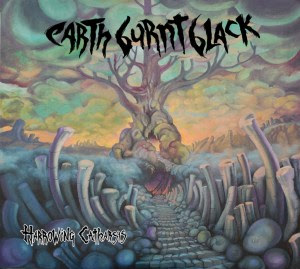 EARTH BURNT BLACK - Harrowing Catharsis
Written by Branimir Lokner
Thursday, 09 February 2012
EARTH BURNT BLACK
" Harrowing Catharsis "
( Self - released ) 2011.
CD - USA
Doom/death metal/progressive metal
Out of Greeley, Colorado comes a band Earth Burnt Black, with a short history behind. They were formed in 2010 year, but during the previous 2011 year, they discographically debuted with full-length, entitled " Harrowing Catharsis" . They works as a quartet, and musically introduces themselves as a doomy/death act, with progressive metal includings as well. 6 present sngs with additional intro and epilogue, shows that as a band USA fellows posses enough originalities. Their songs posses expandier arrangments structures, where distant playings follows up a strange, but interesting combinations of screemo, growl and so call " normal" vocalizations. " Harrowing Catharsis " also deserve a repeatable listenings, and each song separatelly hides an interesting parts. This is a promising debut, worth listeners attention.
Rating : 7 , 5 / 10
C / o : www.earthburntblack.com
Posted by Branimir Lokner at 3:47 PM No comments: