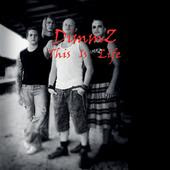 Labels: DIMMZ - This Is Life