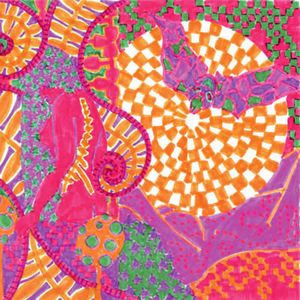 
Cosmic Trip Machine are frantic Belgium duo, active continiously some period. They have recorded a 2 albums, firstly as a cassete tapes, and later on, also in CD format. A group debuted with " Lord Space Devil" ( 2008.), and during the previous 2009 year, a second effort " Vampyros Roussos" looked the light of day. Actuelle album is some sort of psychedelic/cosmic/space/kraut rock opera, and Belgium fellows finds inspiration in lo-fi horror movie productions from the late 70's period. In untipical, but interesting and in the same time pretty convinceble way, Cosmic Trip Machine has offered own vision of modern psychedelic/space/kraut rock music, with evidental retro touches. Their themes are in the other hand inspirative, posses unexpecting melodicity, and what is more important - communicate with standards of our time. " Vampuros Roussos" is also to my taste pretty enjouable album, with many creative and listenable places, recomandable also for non-psychedelic freaks or followers.