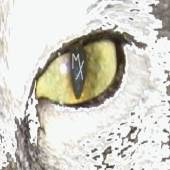 
Medikaded are Blairsville, PA, quintet. A group are consists of experiemced musicians, 4 male and 1 female performers. They started out in October 2004, when guitarist and key person Rob Ruff and bassist Bob Mulhollen begins to work on forthcoming materials. " Chronic Anxiety" is their debut album, and as the information from band's press material says - " this is a compilation of the unfortunate troubled life of one unlucky guy". But, generally a group's CD we couldn' t threat as a some sort of serious rock opera or epic saga. Musically, they have offered sort of rock/hard rock options, fullfield with grunge elements as well. Some traces in its music could lead to 70's but also a 90's period isn't uncommon for their authors realizations.
Main quality belongs to special so call realations between band members, and atmospheric includings in its arrangments works. So, as a result even of avarage production, their songs are pretty interesting and also convinceble. " Chronic Anxiety" is in many aspects untipical album for
one rock/hard rock act, but Medikaded has showed some own " tricks" and possibilities.