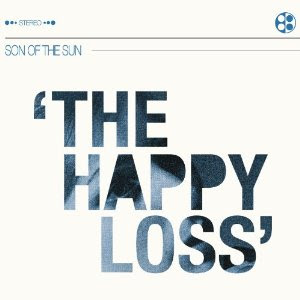 Son Of The Sun band was formed by two members - Joseph Stocker ( guitar, keyboards ) and Zak Ward ( lead vocals, guitar ) in early 2007 year.
Both persons lived in opposite sides of the country in those tmes, and as a result of swapping files, a group has released an EP in 2008 year, entitled " Before The After". Now, the situation is quite different, and during the June of this 2010 year, a five members of Son Of The Sun group has released an full-length with 10 tracks in, entitled " The Happy Loss". With simply driven arrangments, they offers a dreamy rock and pop songs, full of unexpecting vocal lines, as same as some 60's psychedelic additionals as well. Present songs also posses a different motorizations, and it's also clear that different atmospheres circulate throughout complete album materials. A several interesting authors views can be heard on their album, and recomandable track to my opinion could be a 6th one, called "Keys" ( Last Call ).

Labels: SON OF THE SUN - The Happy Loss