NEVEREVEN - The Progress Of Disaster 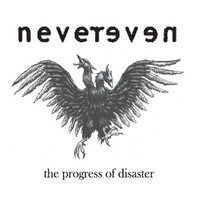 NEVEREVEN - The Progress Of Disaster
Written by Branimir Lokner
Monday, 19 September 2011
NEVEREVEN
" The Progress Of Disaster "
( Self - released ) 2011.
CD - USA
Melodic hard rock/progressive metal
Nevereven are Brooklyn, New York City based band, formed back in 2002. They work as a quartet, and activities of actuelle line-up continiously dated from 2004 year. " The Progress Of Disaster" is their actuelle album, where we can find 5 longest tracks in.
Author of complete materials is guitarist/singer Gary Pickard, and Nevereven has introduced themselves as a serious melodic hard rock/rock act, whose songs also touches elements of progressive metal and rock tendencies as well. Some influences in its views coming out from the 80's period, and I would mention a band MAGNUM, as a important influental act, but more or less, Nevereven has offered own visions and present songs posses quite enough original elements. A songs also posses emotional look and approach, and I would say that " softier" productional work also characterize complete album in general. In many aspects judging by evidental present atmosphere in its tunes, they knows to remind on groups from the 80's era, not only on mentioned Magnum, but Nevereven captures a standards of our time too. " The Progress Of Disaster" is pretty listenable album, without a weacker moments....
Rating : 7 / 10
C / o : www.neverevenmusic.com
Posted by Branimir Lokner at 12:35 PM