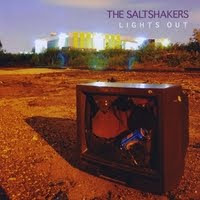 Labels: THE SALTSHAKERS - Lights Out