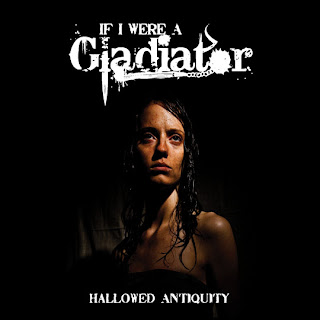 Out of Seatlle, WA, comes a newer act with interesting name - If I Were A Gladiator. A group work as a quintet with female fronted singer in its line-up, and her name is Emily Ruth. Conceptually, If I Were A Gladiator has offered own vision of ancient roman progressive metal, as they use to explain.where key themes belongs to gladiators and their lifes in a period of Roman empire. Musically,a band tried to find own original performing formula, where important rola belongs to often keybord and guitar dialogues.A vocalizations of mentioned Emily oftenly accepts a falcetto variants, and most of the songs are done in similiar vein. " Hallowed Antiquity" are consists of 6 equalizing tracks, without leading song. A production is modern, but in some places a group suffers from manniristical problems. Evidentally, as a band they need a little more experience, but what is more important, they sucessfully offered own authors and performing formula.
Rating : 7 / 10
C / o : www.ifiwereagladiator.com
Posted by Branimir Lokner at 9:06 AM