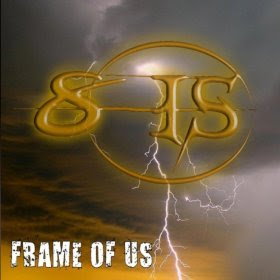 8 - IS - Frame Of Us
Written by Branimir Lokner
Wednesday, 06 April 2011
8 - IS
" Frame Of Us "
( Hetaproduction ) 2010.
CD - ITALY
AOR/melodic rock/melodic hard rock
The roots of Italian band dated from 2009 year, when vocalist Marcello "Malcoun "Catalano and drummer Franco Casini decided to realize a project originally named FRAME. After some period, a group changed name in 8 - IS, and line-up of 3 persons, with some additional musicians started to recording an album. " Frame Of Us " originally released in August 2010 year, introduces Italians as a serious 80's influenatal AOR / melodic rock/ melodic hard rock act. A 10 pretty melodic and radio friendly tunes are present on their album, and what is more important, practically complete materials posses convinceble approach, a certain playings and same realizatins.
A group is also infected by the USA 80's groups ( Foreigner, Survivor, Toto ), but with some additional and typical Italian melodicity as well.
I have to say, that Italians also did a lotta' efforts in promotional campaighn of its actuelle album, and many worldwide webzines informs about band's activities. " Frame Of Us" is a promising debut, worth listeners attention, and specially recomandable for older and newer AOR followers.
Rating : 8 / 10
C / o : www.8-is.com
www.myspace.com/8is
www.slwpromotions.com/tsm/index.htm
Posted by Branimir Lokner at 8:11 AM