FORGOTTEN TALES - We Shall See The Light 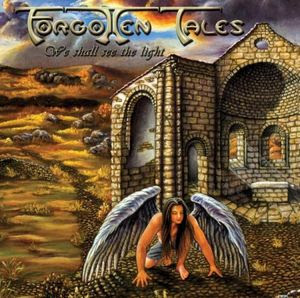 FORGOTTEN TALES - We Shall See The Light
Written by Branimir Lokner
Sunday, 17 April 2011
FORGOTTEN TALES
" We Shall See The Light "
( Union Metal International ) 2010.
CD
Heavy / power metal - CANADA
Forgotten Tales aren' t a newer name on power metal circulation. Till now, with actuelle one they have released a 3 albums. Firstly, " The Promise " ( 2001 ), followed by " All The Sinners " ( 2004 ) , and " We Shall See The Light" from previous 2010 year. A band from Quebeck work as a sextet, with female fronted singer in their line-up. Actuelle album has a 9, well-done produced songs, and group also shows equalizing standardizations in performing duties. Present songs posses strong melodicity, but Canadians suffers of so call manniristical problems, cos' complete album materials were done with expecting realizations. It's evident that sounds as a serious act, also coherent as a team, but with less originalities in author's presentations. I have to say, that other technical elements funkcionizes as well, beautiful cover artwork of CD, and also 16 page booklet, deserves recomandations....
Rating : 6 , 5 / 10
C / o : www.forgottentales.com
Posted by Branimir Lokner at 12:03 PM