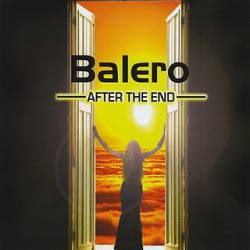 BALERO - After The End
Written by Branimir Lokner
Saturday, 12 November 2011
BALERO
" After The End "
( Self - released ) 2010.
CD
Stoner - USA
A trio from Wilkes - Barre, Pennsylvania, isn' t a new name on stoner fields. They were formed in 2002 year around guitarist Shawn Lopuhowsky. Their line-up are consists also of 2 brothers Comitz, Jay on drums, and Jim on bass. During the period of existence, a group released one " Demo" ( 2004 ) and EP " One Planet Short Of The Sun" ( 2006 ). " After The End" is actuelle product from previous 2010 year, where band introduces their opinions and attitudes through 7 instrumental themes/pieces and about 28 minutes of music.
Balero are stoner act, with hard rock riffing approaches, also with some bluesy present influences and hidden atmospheric and psychedelic realizations as well. We can find equally influences coming out from the 70's period, as same as newer tendencies in its sound, where fine arrangments includings and modern production, clearly shows that members from band manniristically satisfies in every aspect.
Balero music also poses hypnotic repeatable approach, and most of the present themes are simply pretty listenable. Recomandable...
Rating : 8 / 10
C / o : www.balero.net
Posted by Branimir Lokner at 9:00 AM