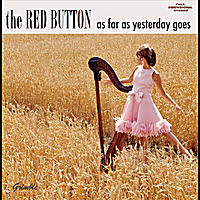 The Red Button are Seth Swirsky and Mike Ruekberg, singers / songwriters and musicians whose interesting spheres leads to many other fields. They are also established persons, whose collaboraton started out from 2005 year. They have released a first album in 2007 , entitled " She's About To Cross My Mind ".  " As Far As Yesterday Goes " is actuelle one, and this is a CD with 12 tracks in. They have received mainly a positive reviews and critics for its work. Swirsky and Ruekberg in own way reestablished a period of 60's,  and era of beat and British invasion musics. Their songs are melodic, repeatable, more than listanable, and its method of composing and producing maximally modernize a mentioned pop approach. Today is absolutelly impossible to find an album where all of present songs posses hittish potentials, but Swirsky and Ruekberg knows how to reproduce a brilliant tune. Excellent work, and recomandable album for the followers of different tastes...

Posted by Branimir Lokner at 2:25 PM