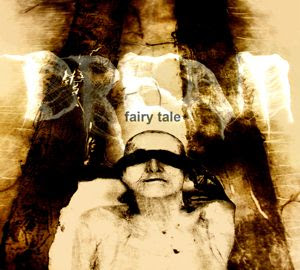 Formerly known as a duo, now with a band behind them, Slovakian Fairy Tale has still actuelle album, entitled. " Dream". As I reviewed its previous EP issue " Sound Mirrors", I have already known what can expect, but it seems that now expandier formation has also a something new to offer.
A key person in band is composer Peter Kravec, and his interesting and mainly original musical views elegantly introduce, promote and deliver a female fronted singer Barbora Kolarikova.A Slovakians are on the field of ambiental/ electro/ darkwave tendencies, and its sound is also fullfield with progressive includings. But, in actuelle album a Fairy Tale has sounded more mature, and some other musical variants as a rock, partly kraut rock, and even folk and pop, are presents as well. Like a previous issue, a " Dream" is also a complexive product, hardly available for avarage listener's ear. But, Slovakians has showed evidental progress in its actuelle offering, and " Dream " as a album, satisfies in many aspects.