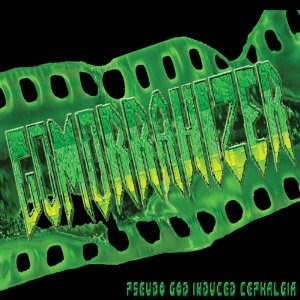 
Out of Mentor, Ohio comes a trio Gomorrahizer, a band whose activities dated from 2009 year They are explosive act, and members from band has labeled its music as a grindpunk. They have introduced themselves with " Pseudo God Induced Cephalgia" album, and 25 minutes of furiously done music. Gomorrahizer are infected by the 80's, 90's grind movement, but they also tries to explore a genres boundaries, so its offering is full of blasting riffs, uptempo breakbeats, guttural and screaming voices. A punk and hardcore psychology also exists in its approach, so band has offered an interesting concept in final. I can not compare them with any of well-known genres acts, and USA band has showed that its offering posses an original views.