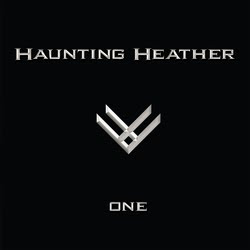 HAUNTING HEATHER - One
Written by Branimir Lokner
Sunday, 13 February 2011
HAUNTING HEATHER
" One "
( Self - released ) 2010.
CD
Melodic rock / pop - USA
Out of Kansas City area comes a four guys from band Haunting Heather. They were formed in 2007 year, and during the forthcoming period performed a lot, equally own materials and cover songs. During the previous 2010 year, a band has released a debut album entitled simply " One".
With 11 tracks in, a group has introduced themselves as a vividly melodic rock / pop act with strong 80's and less 70's influences as well.
They knows to remind on specially USA power pop acts from mentioned 80's era, but
also shows some own tricks.
They are pretty melodic, some of its songs posses dancable elements ( in the meanings
of pop as a genre ), and their album is more or less enjouable product for potential listener's ear. Nothing specially new, but with distant old-fashioned message, and evident retro includings, Haunting Heather and its offering could be interesting for melodic rock/pop and power pop followers...
Rating : 7, 5 / 10
C / o : www.hauntingheather.com
www.facebook.com/hauntingheather
Posted by Branimir Lokner at 11:14 PM