THE RABBLE - The New Generation 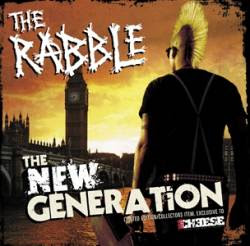 THE RABBLE - The New Generation
Written by Branimir Lokner
Sunday, 13 February 2011
THE RABBLE
" The New Generation "
( Big Cheese ) 2008.
CD - NEW ZEALAND
Punk/punk rock
The Rabble are Auckland City, New Zealand trio formed back in 2001 year. During the latest period, they have received some mainly newer European press recognizitions, and several magazines/webzines writes about the band. Till now, with actuelle one they have released a 4 issues : " No Clue, No Future" ( 2005), " This Is Our Lives " EP ( 2006 ), " The Battle's Almost Over" ( 2007), and compilation entitled " The New Generation", consists of 13 included songs from mentioned 3 previous issues. The Rabble are pulsating and dynamic power punk/punk rock act. In its music equally exists southern Californian influences, as same as late 70's British traces. They are also a melodic act, even that most of their songs posses so call " raw" methods in performing realizations. The Rabble also shows that as a band captures a modern days standards/tricks, and most of their songs are easily available for concerts threathenings...
Rating : 8 / 10
C / o : www.myspace.com/therabble
Posted by Branimir Lokner at 11:16 PM