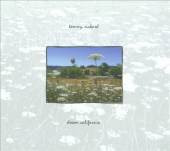 TOMMY RICKARD - Dream California
Written by Branimir Lokner
Sunday, 20 February 2011
TOMMY RICKARD
" Dream California "
( Self - released ) 2010.
CD - USA
Americana/rock/pop/alt. country
Tommy Rickard is a songwriter and musician with respectable experience behind. He started out his carreare during the late 80's, and firstly played in glam rock band Vain, who were signed
to " Island" company, and toured extensively, opening among others for Guns ' n ' Roses, Poison
and Skid Row.He also cooperate with Michelle Muldrow in alt country band BloodRose, and
released a two albums.He was also a part of California country scene, recorded an album for
Michelle Shocked too....
" Dream California" is a serious album, with 10 tracks in, done in specific and enjouable mood.
As a author TR touches elements of americana, as same as straight rock/pop and alt.country
variants as well. He is a distant singer, most of presents songs are done in mid rarely in
mid-up tempo.In some aspects he knows to remind on Bozz Scags, and honestly some soullish
details also exists in album materials.
" Dream California " as a album also are consists of many radio friendly using tunes, and some
of late 70's atmosphere also dominates in his works. This is a very listenable product, without
a wecker place or less interesting songs...
Rating : 8 , 5 / 10
C / o : www.tommyrickard.com
www.myspace.com/tommyrickard
Posted by Branimir Lokner at 9:31 PM