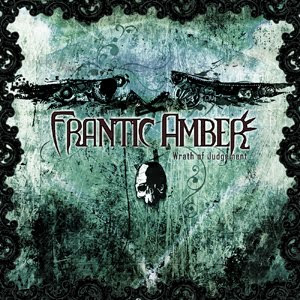 FRANTIC AMBER - Wrath Of Judgment
Written by Branimir Lokner
Tuesday, 03 May 2011
FRANTIC AMBER
" Wrath Of Judgment "
( Blue Freya media Group ) 2010.
EP CD
Death/thrash metal - SWEDEN
Frantic Amber are five piece all -female band, based in Stockholm, but in its line-up are also " ladies" from Norway, Denmark and Japan. Founded in 2008, and during the forthcming period, they attracted the attention of metal communities worlldwide.
" Wrath Of Judgment" is an actuelle 5 track EP. Frantic Amber delivers certain melodic death metal fullfield with thrashy includings as well.
A mixing elements of growl and " normal" vocalizations dominates through present materials. A songs are done in faster and loud mood, with rlelevant and modern production too. A girls are influental by the approaches of groups as a Gorefest or Voivod, but also its music posses many original details..The .3rd and 4th song from album " The Awekening" and " Unbreakable" deserves to my opinion again listenings...
Rating : 7 , 5 / 10
C / o : www.franticamber.com
www.myspace.com/franticamber
Posted by Branimir Lokner at 5:59 PM