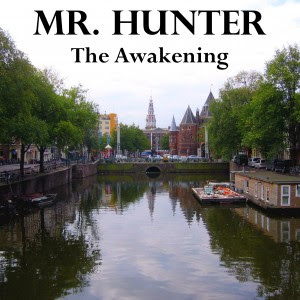 MR. HUNTER - The Awekening
Written by Branimir Lokner
Friday, 20 May 2011
MR. HUNTER
" The Awekening "
( Self - released ) 2010.
EP CD - USA
70's music/progressive/soft rock
Mr. Hunter are five piece act with female fronted singer in its line-up, coming out of Hoboken, New Jersey. " The Awekening" is their debut EP with 5 tracks in. A band has offered maybe unusual stylish variants, where we can find some 70's music traces combining with soulful vocalizations as well. 70's rock and progressive are leading performing options, but present arrangments a group has threathed in " softier" way. A lyrics are based on life experiences, and most of the songs posses a pleasent and enjouable approach. A production is also done in 70's mood, but that was a final band's choice..In my opinion, an opening track " Corner" is a favourable one...
Rating : 7 / 10
C / o : www.MrHunterBand.com
Posted by Branimir Lokner at 10:24 PM