ARCHAIC - The Time Has Come To Envy The Dead 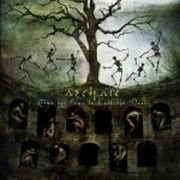 ARCHAIC - The Time Has Come To Envy The Dead

Archaic is one of most prominent modern metal band from Hungary. They comes out from capitol Budapest, and were formed by 3 ex-members of band Braindeath, whose carrear lasted between 2001 and 2004 year. A band has recorded still actuelle album "The Time Has Come To Envy The Dead" as a self-release with own forces during the 2006 year, but, later on a group signed to "Vic Records". So, we have here a re-release of band's debut.
This is an album with 10 tracks in, and 2 additional video clips. Archaic is on therithory of very own sort of thrash metal, maybe basically rooted in late 80's and the begining of the 90's period, but with many unclassical additionals. The voice is dark and brutal, also powerful, band performs its songs with organized discipline and with colourful arrngments includings, and often up-tempo changes. Some death metal traces are also present in its performing repertoire. One of the most respectable element is very modern productional threathening, which realization helps that all other things funkcionizes according to nowadays standards. Hungarians expects in next forthcoming period a new album, and we'll see their next steps soonly.

Labels: ARCHAIC - The Time Has Come To Envy The Dead