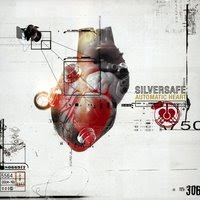 Out of Portland, Oregon comes a Silvesafe band.They are active some period, and as the informations confirmed, a band constantly performed around not only local circuit for 6 years. A group are consists of 4 well-trained musicians and conviceble performers, and I would mention a frontman Jonny Davidson as a certain singer with strong vocal capabilities and pretty interesting method of interpretations. His voice certainly is a stronger side of general band performings. Musically, a band has offered songs which oriantations mostly leads to 90' s period. In my opinion a group has accepted equalizing influences both from British and USA sides. Their songs also posses strong melodic level and band performs them in mostly mid-up tempo.
On the other hand, a group did a lotta' efforts in productional segments, and productional work has accepted a standards of our time. But in some aspects, its songs has suffered from 90's stylish mannirism, and that's clear and evident too. Technically, all things funkcionizes as well, and band also shows that all musicians in formation posses releable experience. Finally, I would mention a song "Fear" from band's EP, as a recomandable one.