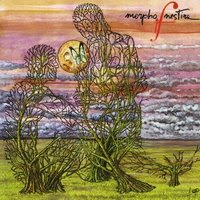 Italian IF are relatively known act not only on domestic field, even that all things they did ( and still do ) with own forces. They were formed back in 1993 year, and released 4 albums till now. Actuelle one is "Morpho Nestira" , and judging by net informations, they did quite a god job in
promotional activities and so call media marketing. They works in quintet formation, fronted by key person, guitarist and author - Dario Lastella.
" Morpho Nestira" is a conceptual product, where lyrical approach speaks about inhumanities in modern world. Musically, a band has offered own views and visions, even that some influences comes out from the legacies of 80's Genesis and Pink Floyd as well. But, I would add that mentioned comparativities aren' t important for general description of its music and concept. They have offered a fine melodc levels, and its performings also deliver tipical Italian energy and emotionals. Arrangments creations are also colourful, and unexpecting in many album places. Some of foreighn reviewers wrote that band didn' t productionally sastisfies, but I must disagree with mentioned statements. A production simply follows up conceptuality of album, and what is more important, psychologically sustain a group's ideas. "Morpho Nestira" deserves repeatable listeners attention, but this is very recomandable album , and litlle masterpiece in newer progressive production.

Hi Branimir!
Thanks a lot for your review.
Wish your readers will appreciate our work.