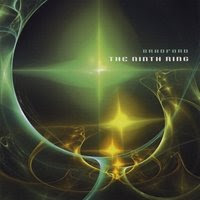 Out of Denver, Colorado comes Bradford, a long-runnin' profesionals and instrumentalist. As a guitarist he has performed with many groups/artists during the years, and he posses a huge experienced status. A some period ago, he decided to start a solo, and during the August this year he has released an album materials, entitled "The Ninth Ring".
All things on album Bradford did with own forces, and all instruments except drums he performed by himself. "The Ninth Ring" are consists of 12 instrumental themes, similiar psychologies and with equalazing offering standards. Bradford is refine performer, he is not schreder, and he also posses a well-education about studio techniques/equipments. A main concentration of his performing/authors views he did in general arrangments harmonizations, as same as in melodicity. A mentioned melodicity is also an important adut of his genreal offering views. As a album., "The Ninth Ring" is plenty of pleasent moments/details, fullfield with strong
arrangments threathenings and modern productional realizations.
There's no doubt that "The Ninth Ring" deserve a recomandations and more than a positive reactions.