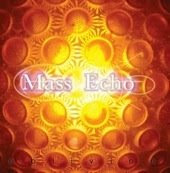 A Hamilton, Ontario, Canada act Mass Echo, are consists of 2 persons - Michael David Stricker and Sebastian John Jurowski. They are 2 friends practically from childhood days, and its musical vision is some sort of post modern visionary. Actuelle full-length "Oblivion" could be their second
effort, a first one entitled "Musings In Between", also traced its performing ideas.
Practically, a mentioned fellows communicate among each other, and its performing options and musical views, are concentrate on some sort of unusual improvizations and general playing dialogues. We can find in its legacy, influences comes out from older period, as same as some newer tendencies, but older approach taken some advantages. Mass Echo delivers a tons of
psychedelic soundscapes, some monotonoues parts knows to reminds on kraut rock groups and its performing methods, but also some sort of genres and stylish crossover is evident in group's offering.
15 themes from album are done in different mood, even that songs are conceptually, but most psychologically similiar among them. "Oblivion" is interesting testament of two Canadians, worth listeners attentions.