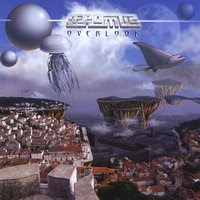 Out of Tashkent, Uzbekistan comes pride and joy of national and world progressive scene, a band FROMUZ. They were formed back in 2004 year.
Its line-up are consists of technically well-trained instrumentalists, equally convinceble in authors creations. During the 2007 year, they have released a CD/DVD issue "Audio Diplomacy", and some period ago, an actuelle second effort - "Overlook".
"Overlook" is absolute instrumental album, consists of 5 longest themes, where we can find really exciting performing moments, done by members from band. Fromuz are deeply on therithory of progressive/progressive rock, but with many fusion/jazz rock includings and threathenings. They are skillful arrangers and complete offering material characterize often tempo and mood changes as same as performing challengies. A production of Jeff Hodges is modernly threathed, and band has sounded as a modern act, even of many includings and influences from so call older school/options.
"Overlook" is quite convinceble album, and band surelly did a good job.