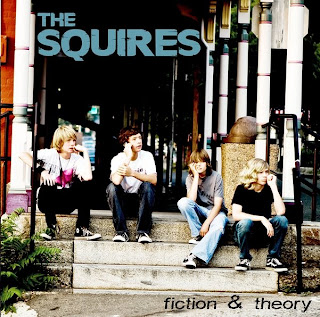 Even that they are practically 4 years together, The Squires are newer band on USA scene.A some months ago, they have released a debut, entitled "Fiction& Theory" for "Vesper Records". A main thing about band is their line-up,comprise of 4 teenagers. They aren't a classical teenage band ( judging by established views of teenage acts, comes out from the past ), but they likes to performs and create music with general positive messages for teens. They have offered one primary rock approach, where exists also some evident melodic and vocally narrative aditionals.A songs are under the mentioned view different among them, but some of present tracks posses an interesting arrangments threthenings. As a band they surelly need more experience, but its first discographical step has showed evident potentials and some positive
details at last .

Labels: THE SQUIRES - Fiction and Theory