THE VAGRANTS - Be True 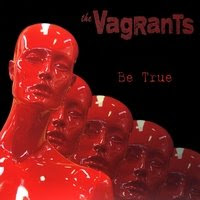 THE VAGRANTS - Be True
Written by Branimir Lokner
Monday, 22 December 2008
THE VAGRANTS
" Be True "
( Self - released ) 2008.
CD
Power pop/rock - AUSTRALIA
Out of Melbourne comes a band The Vagrants. They are very active concert act, and during the previous years they have played in many places around domestic therithory and abroad. Till now, they have released a 2 EP's and 2 full-lengths. "Be True" is a newer one, and last few months band did a lotta' promotional activities to introduce its work to wider audience. As a band, The Vagrants are faithfull I would say equally to power pop tendencies and rock options. An interesting and convinceble rola in its approach belongs to female fronted singer Renate Ludwig, and her method of vocalizations posses evident energy as same as emotional statements. In some aspects, musically The Vagrants knows to reminds on classic rock acts from the 70's and 80's, and in the other side on power pop groups, comes out from the post new wave era period.Its offering materials posses similiar valuabilities, without weacker places, but also without some tipical hittish tunes. One general pleasent atmosphere, as same as vibrations has offered Aussie band, and "Be True" even of planty of positive moments, as a album is mostly nearer to 80's psychology than to nowadays options.
Rating : 7,5/10
C / o : www.thevagrants.com.au
Posted by Branimir Lokner at 6:41 PM

Labels: THE VAGRANTS - Be True