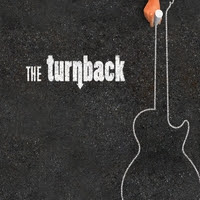 
The Turnback are trio from upstate New York City, and " Drawn In Chalk" , its album is also soundtrack for the motion picture.
What we have here is a CD with 12 tracks in, done in power pop /retro rock / pop mood. This is also a unusual issue, judging
by nowadays standards, but at the same time more than interesting product, also pretty valuable, and in some aspects inspirative.
A band blends elements of 60's and 70's power pop and rock in its own way , a present songs posses strong melodic lines and
harmonization, and complete materials are followed by convinceble production, done by well known Jeff Peters. Most of the songs
posses radio friendly usings, and generally a group did a fine work. Recomandable...

Posted by Branimir Lokner at 10:59 PM