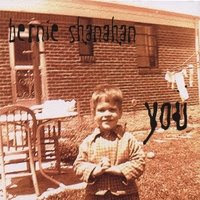 A songwriter Bernie Shanahan during the previous year has released still actuelle album "You". That isn' t his first effort, and back in 1989, he has recorded album for "Atlantic Records"."You" are consists of emotionally driven tunes and same atmospheres. Mostlly balaads dominetes through his authors mood, and in some way offering materials reminds me psychologically on issues comes out in music industry from the late 80's period. I couldn' t compare Bernie with some possible similiar artists, and his authors view is unique , even that musical pastiche circulate through well-known areas. "You" is evidentally listenable album, and Bernie's old-fashionable manirism realistically reflects his creativities.