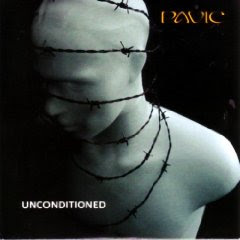 A Belgrade guitarist Marko Pavic last years relocated in Rome, during the September this year has released his second effort, an album titled "Unconditioned". A first CD, "Taste Some Liberty", dated back in 2005 year. With his friends and collaborators he has recorded a material strictly nearer to melodic hard rock and AOR forms. A mentioned genre's variant is specially in expansion last few years, and we can follow a constant invasion of Scandinavian acts. "Metal & AOR Heaven" label mainly push a newer/older names from mentioned field.
Pavic and his band has offered technically acceptable and relevant album, also a very listenable, judging by authors work. But, at the same time his album suffer from maniristical problems, where as a result we have a less of originalities in presents songs. Unfortunatelly, this reality will mostly create a status of album in general, on actuelle melodic hard rock and AOR market.