THE VENGEFUL FEW - The Vengeful Few 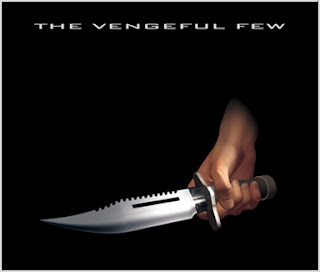 THE VENGEFUL FEW - The Vengeful Few

USA band The Vengeful Few originated from 2004 year, and were formed by two key members
and guitar players Tom Catuosco and John Zambri. They were sick of actuelle metal happenings and genre's offerings, and decided to create their style to form which were established during the glory 80's.
A group released a CD in their own, and S/t album contains of 8 equally threated tracks. 7 songs are penned by T.Catuosco and 1 authorized J.Zambri.
In my opinion band are faithfull equally to European as same as to USA influences comes out from the mentioned 80's. Even that they noticed Maiden, Priest, and Dio as a main influental acts, I would add that they have offered own view. Thery aren' t so original in general, but I couldn' t compare them with any other more or less known acts. Their materials posses progressive elements as well, and members from band has taken a lotta' effort in arrangments threathenings.
A production mostly follow up their 80's approach, but also communicate with nowadays
standards.The Vengeful Few album deserves a listeners attention, and consists of several interesting and convinceble parts.