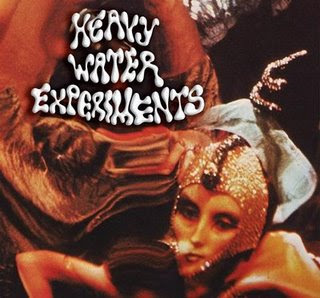 HWE is L.A. based band/duo fronted by David Melbey, formerly also active in groups as a Imogene and Fuzz Beloved. This "s/t" album is one of most enjoyable product released in previous 2008 year, if we speak about releases with psychedelic approach.
What we can find here on 12 present tracks is untipical psychedelic/drone/stoner atmosphere, fullfield also with progressive art details as well.
A songs are judging by its arrangments structures mostly different among them, and general different travelling trip has occupied complete album materials. In most of places from album, a mentioned releasing atmosphere knows to remind on albums and recordable products from the
period of late 60's and the begining of the 70's, even of fact that HWE authors signiture is surelly original and in many aspects unique.
I wouldn' t mention any specific track/song as a favourable one, and offering material posses something of "hidden" conceptuality too. This is very valuable album and hope that promotional activities of band will maximize public attention on its music.