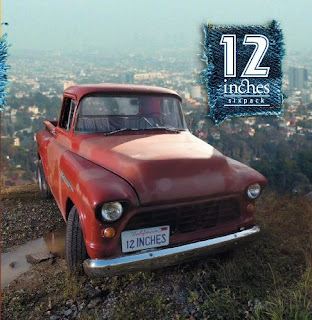 Out of capitol Helsinki, comes a band Twelve Inches, formerly known as Psycho Bitch.A Finnish fellows works as a quartet, and actuelle materials has released with own forces, as a self-financed issue. "Sixpack" is an EP with 6 offering tracks. Even that band labelled themselves as a rock/metal/glam act, judging by music from its actuelle issue, they are more on rock/hard rock therithory, with clear classic rock as same as melodic hard rock traces. I would add that all of 6 present songs posses pretty listenable dimension, strong productional work, and fine performings. They sounds as a well-experienced act and "Sixpack" finds them as a serious group with promising forthcoming pretensions. In some aspects their songs reminds me on Deff Leppard's approach, from its first two albums, but only in unpretencious/hidden way. Twelve Inches are convinceble enough in its performings messages.