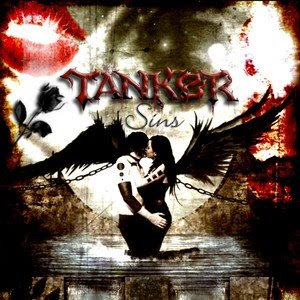 Tanker is North Moravian, Czech band, active on homeland metal scene from 1996 year. During the years, their carrer had a two phases and some line-up changes. A band also has modificate/changed a style in its last part of carrear.
" Sins " is a still actuelle group's album, released during the January 2008. Musically, Tanker has offered very unique option of art metal/rock, where also exists elements of progressive rock, classic rock, and even gothic rock and other alter tendencies. Each of presents songs are done with different methods of realization and posses a different arrangments approach and mood. Its songs comphrises an interesting part-time male-female vocal dualities, and unique arrangments visions. I would also add that some of present tunes/themes a group didn' t record with same qualities, but generally a several representative ideas characterize its authors creations. A production is maybe too polished to my taste, but finally that was a band's choice. As a album "Sins " has covered a several interesting authors views, and mostly satisfies.