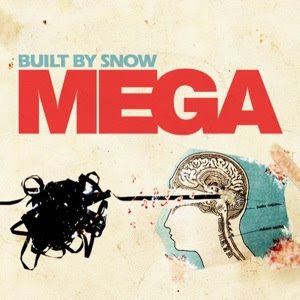 Out of Austin TX, comes band Built By Snow, founded back in 2006 year. They have in own discography one EP, and actuelle album entitled "Mega". A band works in quartet formation, and main focus in its conception is based on keyboards and programming. They are heavily influental by the indie pop and alter rock dated from 80's period. Also a main inspiration in its approach comes from new wave and post new wave period, and closest influences comes to acts as a Devo, The Rentals, and The Cars from its first album.
A band has recorded a shortened tunes, but with driven and colourfull screenplay, with lotta' offering ideas and similiar realizations.
"Mega" album has a 9 pretty equalizing tracks, duration a little longer then 21 minutes. A song with most potential hittish elements could be a "Something In 3D".