CHAD KICHULA - Runners In The Night 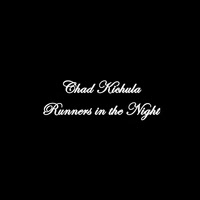 CHAD KICHULA - Runners In The Night

Chad Kichula is a songwriter, born and raised in Regina, Saskatchevan, Canada. He is discographically active from 2005 year, and also constantly performs around the country. His musical heritage was inspired by the legacies of Bruce Springsteen, Steve Earle and John
Cougar Mellencamp. Even that all of his previous recordings has accepted a different approach, Kichula introduce himself as a honest lyricist with clear attitude.
"Runners In The Night" comphrises emotionally driven songs with rock/country/americana/roots hints. Chad's voice know to reminds on Springsteen and Mellencamp methods of vocalizations, and his tunes also has something of 70's touch. All of present songs has a similiar atmosphere and final realization, and also posses a evident radio acceptables. Even that Kichula did a lotta' effort to represent himself as a original songwriter, his works will hardly avoid comparabilities with mentioned Springsteen and Mellencamp.